New York, 05 January 2022 – A former youth leader in the Philippines has earned for himself the distinction of being the first Filipino to be elected to a city council seat in New England, the Philippine Consulate General in New York reported.

Constantino “Coco” Alinsug, 50, was sworn in on Monday after winning his bid for a seat in the City Council of Lynn, Massachusetts, in elections held in November. He represents Ward 3 in the city, located 15 minute north of Boston.

Alinsug, who is a community worker and LGBT rights advocate, is also the first openly gay political candidate to make it to the city council. He previously served as Commissioner of the Massachusetts Commission on LGBTQ Youth.

“Your feat is worthy of commendation as you are one of a few Filipinos who have been successful in their political aspirations here in the United States,” Consul General Elmer G. Cato said in a letter of congratulations sent to Alinsug on Wednesday.

“We are confident that you will do exceptionally well in the Council,” the Consul General added. “May your election serve as an inspiration for other kababayan.”

Alinsug follows the footsteps of other family members from the Philippines who entered politics. His great-great grandfather, grandmother, and father served as councilors of the municipality of Consolacion in Cebu.

Alinsug was also among the founding leaders of the National Youth Commission of the Philippines and had served in the staff of former President Fidel Ramos and his nephew, Ranjit Shahani. He migrated to the United States two decades ago and settled in New England. END 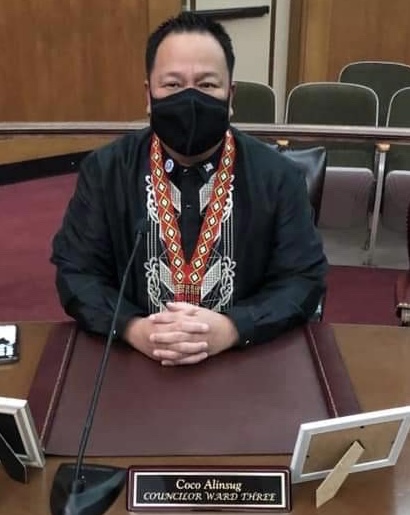 Public Advisory: Simultaneous Use of All Vote Counting Machines